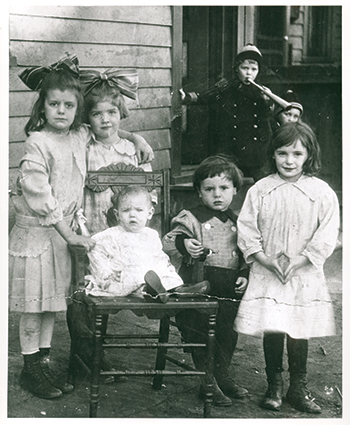 Faith, family, and service to others. These were the values instilled in Gertrude Barber as she grew up in a large Irish Catholic family in Erie, PA.

Of the many people who inspired Dr. Barber, the person who had the greatest influence was her mother, Kathryn Cantwell Barber. The Irish-born girl who would become the family matriarch was not even supposed to be onboard the ship heading to America in 1890. Plans were set for Kate's sister to accompany their aunt on the voyage from their small town in County Tipperary.  But when the older sister did not want to leave home, Kate jumped at the chance. Always ambitious and adventurous, Kate, just 16 years old, was quickly hired as a domestic for a prosperous Erie family.

Kate connected with others who shared her Irish roots, including John Barber, a native-born American whose parents immigrated decades earlier. After a long courtship, the pair was married at St. Patrick Church on June 5, 1890, and settled in a working-class eastside neighborhood near the shores of Lake Erie.

The couple went on to have 10 children, including their first daughter, Cecilia, who died of pneumonia at just 11 weeks of age. Gertrude, their seventh child, was born on September 16, 1911, and would have six brothers and two surviving sisters.

In the fall of 1918, the great influenza epidemic that claimed the lives of millions of persons around the world took the life of Gertrude's father. John Barber died on January 27, 1919, at the age of 46, as his wife was expecting their youngest child.

While many encouraged Kate to place her children in an orphanage, she resolved not only to keep her family together but also to ensure that each of them got an education and contributed to society. Fulfilling a promise that she made to her dying husband, Kate instilled in her children an expectation of service to others. All of her children graduated from high school, with five going on to earn college degrees. Two were awarded law degrees and one, Gertrude, would receive a doctorate in education. Kate's offspring would go on to become a mayor, a judge, a nurse, and business owners. Both Gertrude and her youngest sister, Kathryn, would become teachers.

For their elementary education, the children attended nearby St. Ann's School, where the sisters noticed Gertrude's quick mind and enthusiasm for learning. They encouraged the sisters at Villa Maria Academy, an all-girls high school across town, to take on the bright young student, allowing Gertrude to board at the school. 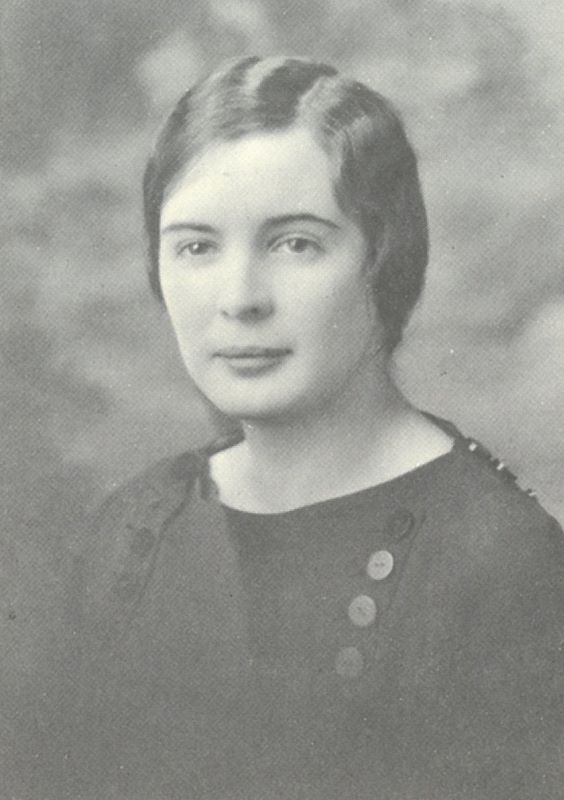 The future Dr. Gertrude A. Barber.

All of this formal education, as well as the instruction she received in living a life of faith and service, prepared her for her life's work bringing hope and opportunity to children and adults with disabilities.

HOW DR. BARBER BUILT HER FOUNDATION

Diana Zenewicz, parent of Missy
Erie, PA
The Cause For Sainthood
Cause for Sainthood
Announcement: Opening of Cause
Message from the Postulator
Dr. Barber's Life
Overview
The Early Years
Building A Foundation
Continuing the Dream
In Her Words
Supporting The Cause
Testimonials
Video
Written
Share Your Story